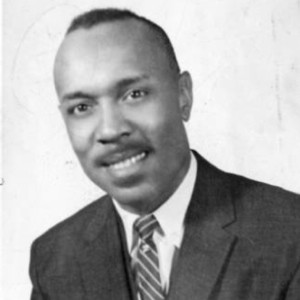 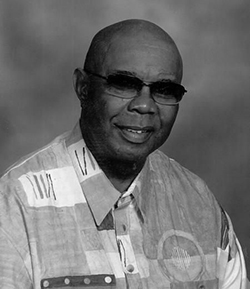 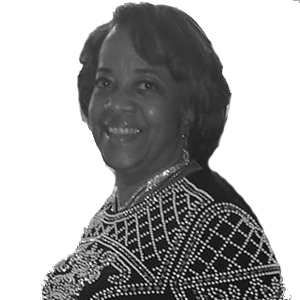 In 1959, Reverend Dr. Mozel Sanders was appointed Pastor of Mount Vernon Missionary Baptist Church in Indianapolis. Dr. Sanders diligently worked to serve the needs of his congregation as well as the surrounding community. As a result of his efforts, he received numerous awards and statewide recognition, such as a housing project and a street renamed in his honor. Dr. Sanders probably became best known for his longstanding desire to feed those in need, thus sparking the creation of the annual “Mozel Sanders Thanksgiving Day Dinner.” This program established his church as a beacon of hope for the urban communities of greater Indianapolis.

After Dr. Mozel Sanders’ passing in 1988, his son, Reverend Roosevelt Sanders, continued his father’s work by answering the call as both Pastor of Mount Vernon and as a servant of the community, which led to the formation of the Mozel Sanders Foundation (MSF). Approximately seven years ago, the Foundation began monthly distributions of approximately 30,000 pounds of groceries, personal hygiene products, and household cleaning supplies to those in need. From its humble beginnings at Mount Vernon, over the past 10 years, the Foundation has grown to include 40 satellite distribution locations consisting of churches, care facilities, and community service centers. To this day, Butler University remains the flagship for food preparation.

Despite our loss in 2010 of another great leader, the late Reverend Roosevelt Sanders, the Foundation has served more than 40,000 hot meals to needy families. Due to the tireless commitment of its CEO and chair, Stephanie Sanders; Executive Director, Bishop Richard Sanders; Directors, Roosevelt Sanders, Jr. and Stephen Sanders; in conjunction with thousands of community partners, MSF continues to preserve its family legacy and mission to feed those in need. Dr. Sanders understood the necessity of providing for the daily practical needs of the people. One main goal is not only to feed the hungry on a monthly basis but to expand services to those in need each and every week. Ultimately, it is the Foundation’s desire to provide additional community services, including, but not limited to, scholarship programs, mentor services, and youth empowerment projects. Due to the cumulative efforts of individual volunteers and corporate sponsors in donating their time, money and talent, MSF has continued to supplement the needs of the less fortunate. In order to further this dream, we ask for your support in assisting the greater Indianapolis community. Your future compassion and kindness are greatly appreciated. Thank you in advance, Mozel Sanders Foundation, Inc.

There are no scheduled fundraising events at this time due to COVID-19. 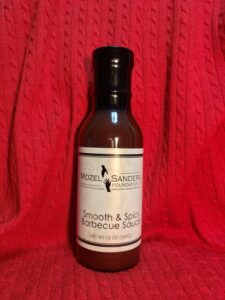 Support The Mozel Sanders Foundation and make your tastebuds happy!

100% of the proceeds will benefit the foundation. 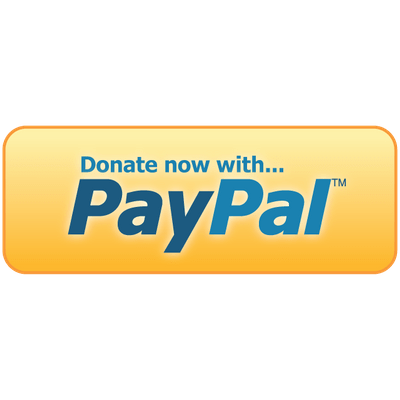 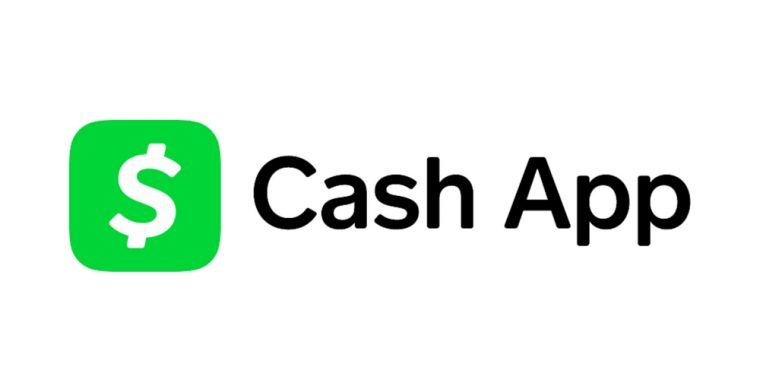 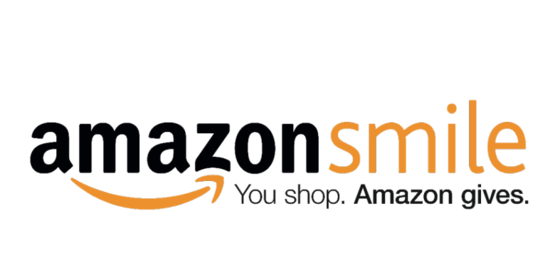 When you shop Amazon, a percentage of your purchase is donated back to the Mozel Sanders Foundation. 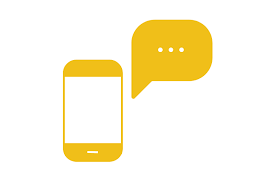 This is a great ministry design to feed the hungry and to insure that everyone gets a meal on Thanksgiving, keep up the good fight.

The pastor and members of the New Vision  Baptist Church had the pleasure of serving the Christian Park community on Thanksgiving Day.

Thanks to all the great people who organized this. It was my wife and myself’s first time delivering.  We will definitely be back next year to do it again.  Great Job everyone.

Thank you for your interest in volunteering for the Mozel Sanders Annual Thanksgiving Dinner “Feed The Hungry” event. This is the largest day of feeding for Indianapolis and the Mozel Sanders Foundation (MSF) couldn’t accomplish it without the help from our volunteers. This event was started from the vision of the late Dr. Mozel Sanders and was birthed into a foundation by his son the late Rev. Roosevelt James Sanders. We are blessed to continue the legacy after 40 years.​

To volunteer, please sign up for either the Butler or Friendship locations for Thanksgiving Eve or Thanksgiving Day by clicking on one of the buttons.  We don’t like to turn anyone away so if you show up as a walk-in there is a potential for a long wait.

We still need your help in raising funds to feed those in need, you can donate in several ways.  To learn more click on the donate page. 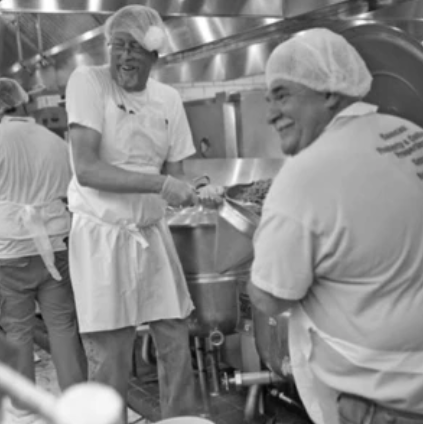 If you have any other questions please email us at mozelsandersindy@gmail.com or call (317) 636-7985.

In 1959, Reverend Dr. Mozel Sanders was appointed pastor of the Mount Vernon Missionary Baptist Church in Indianapolis. Reverend Sanders worked diligently to provide for his church and local community. He received much recognition, but he is perhaps best known throughout the state of Indiana for feeding families through the annual Mozel Sanders Thanksgiving Day Dinner.

Now, 45 years after the Foundation’s inception, under the leadership of Reverend Roosevelt Sanders’ wife, CEO Stephanie Sanders, the Mozel Sanders tradition continues to grow. Thanks to our leaders, donors, community partners and volunteers, the Thanksgiving Day Dinner event serves more than 40,000+ hot meals from 40+ satellite locations to families across Marion County in Central Indiana. The Reverend Roosevelt Sanders Empowerment Scholarship is another example of the continuation of the beliefs of the late Reverend Dr. Mozel Sanders.

After a brief hiatus, this scholarship program was relaunched in 2008 with the support of the Financial Center Federal Credit Union. Our goal is to inspire students to unlock their potential and achieve their dreams; to empower students to believe in themselves; to succeed beyond their circumstances, and to move forward towards a responsible and prosperous future. This scholarship was created to provide needed financial assistance to local students who are desirous of pursuing a quality education. Without financial assistance, many minority and low-income students would not achieve this goal.

The Reverend Roosevelt Sanders Employment Scholarship program reaches out to teachers, administrators and community leaders who believe the potential of our youth can be released with encouragement, empowerment, and love. Its purpose is to recognize urban youth in our community who have exhibited these qualities and unlock their true potential. To continue this effort, we ask for your assistance in providing student referrals. Applications are awarded to recipients during the annual Thanksgiving Day Dinner. The scholarships were created to provide financial assistance to local students to enable them to achieve their full potential.

In our efforts to end world hunger. One step at a time.

Top
Thank You! We Did It! 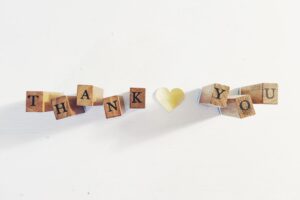 Thanks to the countless donors and volunteers, we met our 2019 fundraising goal!

TODAY IS #GivingTuesday!
Did you know that the Mozel Sanders Foundation feeds the hungry at Thanksgiving, Christmas (for seniors only) and people in the community once a month??? Help us help others on this #GivingTuesday!

Text MOZEL to 313131
CashApp $MozelSanders
Donate via PayPal at MozelSanders.org
Snail mail: 709 N Belmont Ave, Indianapolis IN 46222
or support with each purchase on Amazon by using Smile.Amazon.com and selecting ‘Mozell Sanders Foundation’.

We thank you in advance for your support!

Online Sign-Ups are CURRENTLY CLOSED and MOST SLOTS HAVE BEEN FILLED. You are welcome to show up at Butler or Friendship as a walk-in volunteer. Although some volunteers sign-up online, some do not show. When you arrive you can just sign-in and fill out the necessary paperwork. We can’t guarantee there will be work to do when you first arrive, so please be patient. There are always times when volunteers do not show up even when they have registered. Once something becomes available, you will be put to work.  The registered volunteers will get priority.  Please understand that here may be a possibility that we will not have anything available for you when you arrive.

Our phone lines closed on Friday (11/22) at 9PM to prepare and complete administrative work.  The lines will RE-OPEN on Thanksgiving Day between the hours of 6AM – 9AM to take last minute orders.  This is for people WHO HAVE NOT ALREADY CALLED IN TO PLACE THEIR ORDERS.  Between this time callers need to call 317.636.7985 and volunteers will be taking your order over the phone.  Remember, this will be a busy time and the lines may be hard to get through, so keep trying if you cannot get through on your first attempt.  We want to try to get as many orders as possible, so please be patient.  PLEASE DO NOT EMAIL OR DIRECT MESSAGE US ON SOCIAL MEDIA ACCOUNTS, as this will not guarantee a meal delivery.  Also, if you do not get through, please check our website for our satellite locations list (www.mozelsanders.org) to order or drop-in to get a meal.

We start delivering meals after 11AM, so if you have ordered please be patient, our volunteers are on the road trying to locate and deliver each meal in a timely manner.  Please remember to be at home and answer your phone if you have left a phone number.